DUE TO HIGH VOLUME, WE ARE EXPERIENCING LONGER THAN EXPECTED ORDER PROCESSING AND SHIP TIMES

Share
News from our friends at the VTA - Vapor Technology Association 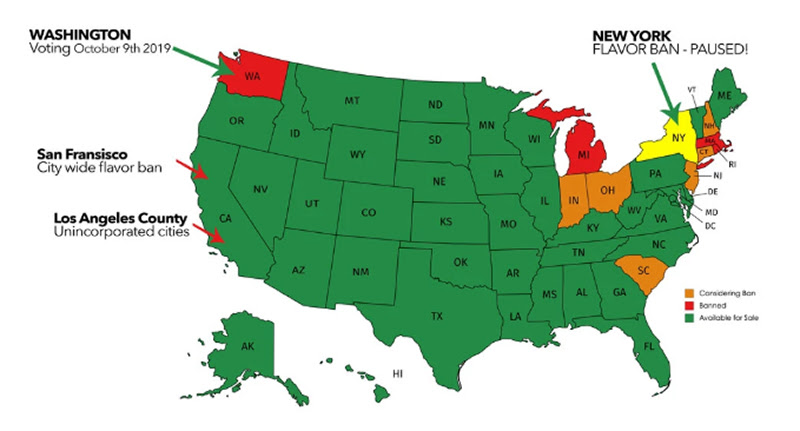 Washington, D.C., October 3, 2019 — This afternoon, the New York State Appellate Division granted a temporary restraining order in the lawsuit brought by the Vapor Technology Association, Benevolent ELiquids Inc., and Perfection Vapes regarding the proposed flavor ban in New York State, which was set to be enforced tomorrow, October 4, 2019.

The Order entered by four appellate judges ruled that the State is “temporarily enjoined and prevented from enforcing” the flavor ban until a ruling on the motion for a preliminary injunction is determined. That motion is scheduled to be heard on October 18, 2019.

Tony Abboud, Executive Director of the Vapor Technology Association said, “We are very pleased with the New York State Appellate Division’s decision, which acknowledges the strength of our claims about the State’s executive overreach, and which preserves the ability of hundreds of small businesses to remain open and continue to serve their adult customers. The New York State Legislature, instead of enacting a flavor ban, already has decided to address concerns about youth vaping by raising the minimum age for vapor products from 18 to 21 and imposing a major tax increase.  We continue to stand ready to work with the State of New York and all interested stakeholders on the many real solutions that should be implemented to achieve the twin goals of restricting youth vaping, which already is illegal, and preserving flavored alternatives for adults desperately trying to quit smoking.”
Tags: Flavor ban, News, Vape news, Vapemasterz, Vaping
Share
Previous articleNext article

A short sentence describing what someone will receive by subscribing

Subscribe to get exclusive deals, product release info, and everything else to elevate your vape game.

Check out with confidence knowing your information is secure.

We will match any retail pricing.